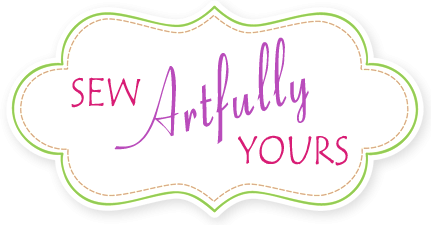 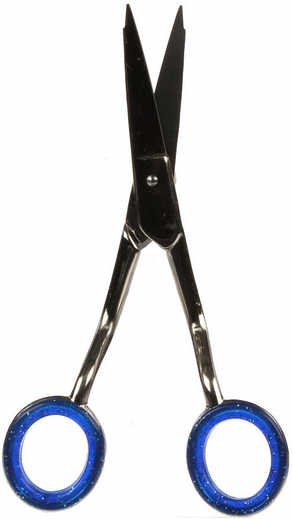 Having a fabulous pair of scissors made for machine embroidery appliqué is a joy.  Since there are quite a few embroidery designs and garments that use this technique...I’m excited to tell you about these special scissors.

I am very proud to say that the Heritage Cutlery Company has developed a pair of scissors just for me.

Well, sort of.  I was doing a show where Heritage Cutlery had a booth.  I spoke to Chris Olix, who was working for the Heritage Cutlery Company at that time, and explained that I needed a special pair scissors to cut within the hoop…something that would cut multiple layers of fabric or heavier fabrics than just a single layer of cotton.

When using my Crocheted Lady Patterns and creating a sweatshirt, I needed a strong pair of curved, appliqué scissors when cutting away the fabric below the skirt.  All the ones I had purchased wouldn’t do it so I was frustrated.  Chris said if I would help him and do the testing, he would see that they were created.  He told me that his company was always interested in finding a need in the sewing world and designing a product to fill the need.

So for about six months they would send me the test pair and I would critique them and send back my thoughts on their performance.  At the very end, I didn’t feel like they were cutting as well as they should.  So I asked what kind of fabric they were testing them on.  Chris said 2 layers of muslin.  I told him that they needed to be testing them on four layers of denim.  He was shocked but said he would try.  By the next time they were shipped back to me, they were PERFECT!  I was so excited!!  Heritage had finally come up with a fabulous scissors that worked beautifully.

The name of these fabulous scissors is…
Machine Embroidery Appliqué Scissors.  You will love them!  I have had several people come back and buy a second pair because they tell me they want one at home and one for classes they love them so much!

And don’t forget…like all of the Heritage Scissor products…they have a lifetime guarantee.  Just give the company a call and they will tell you how to send them back for repair or replacement.  Amazing!